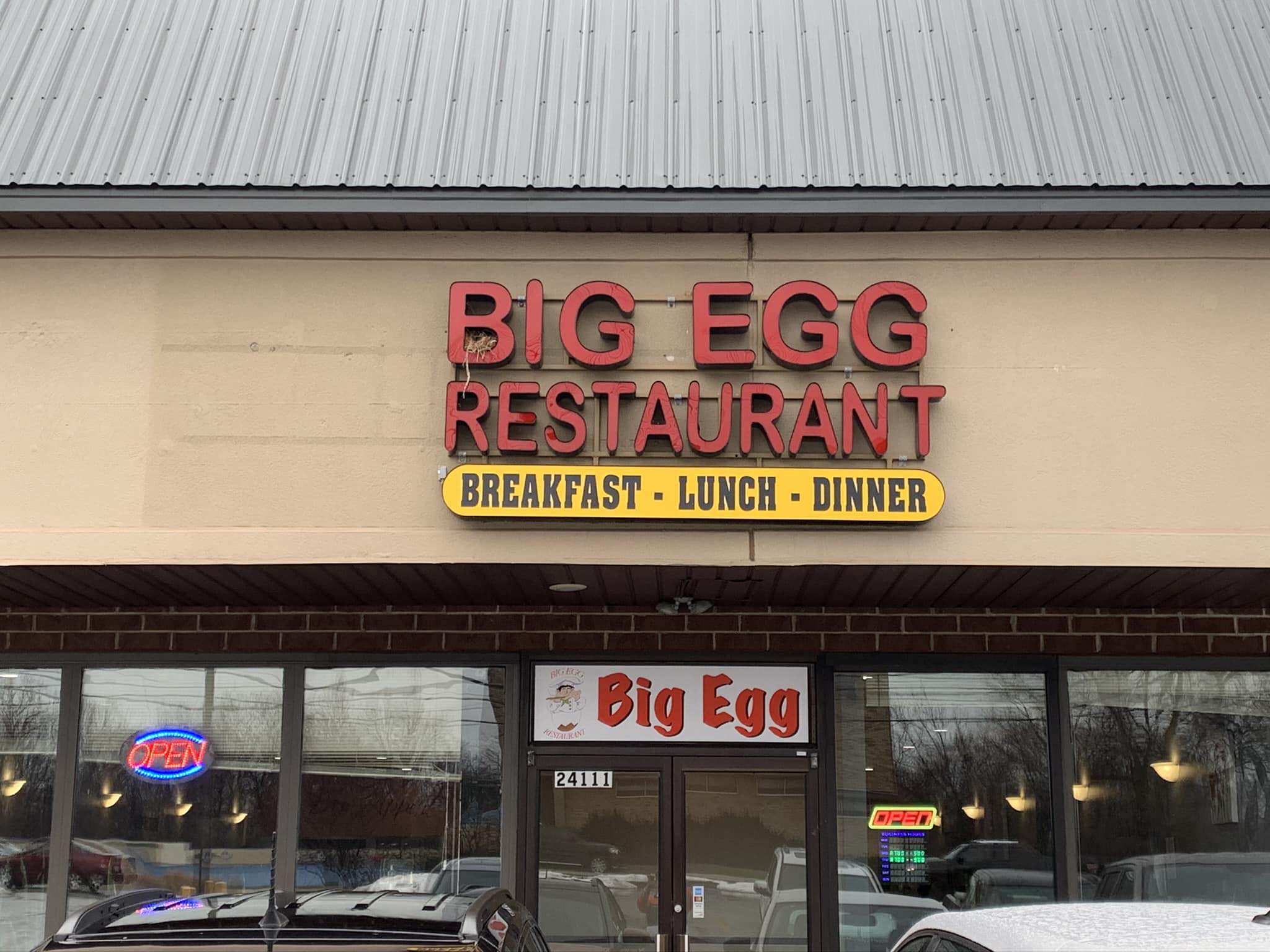 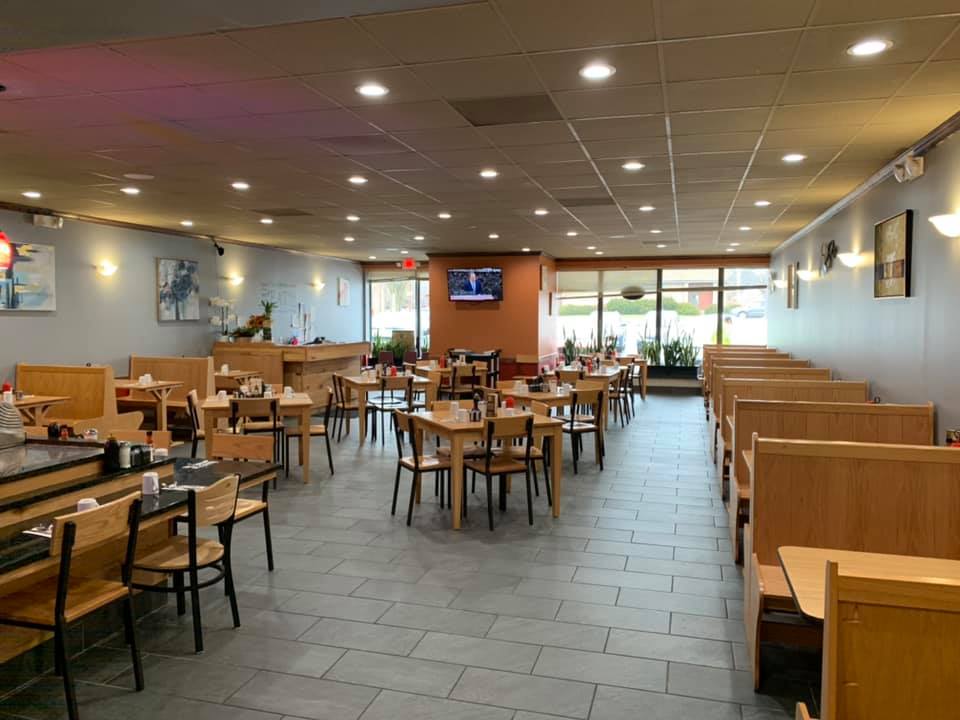 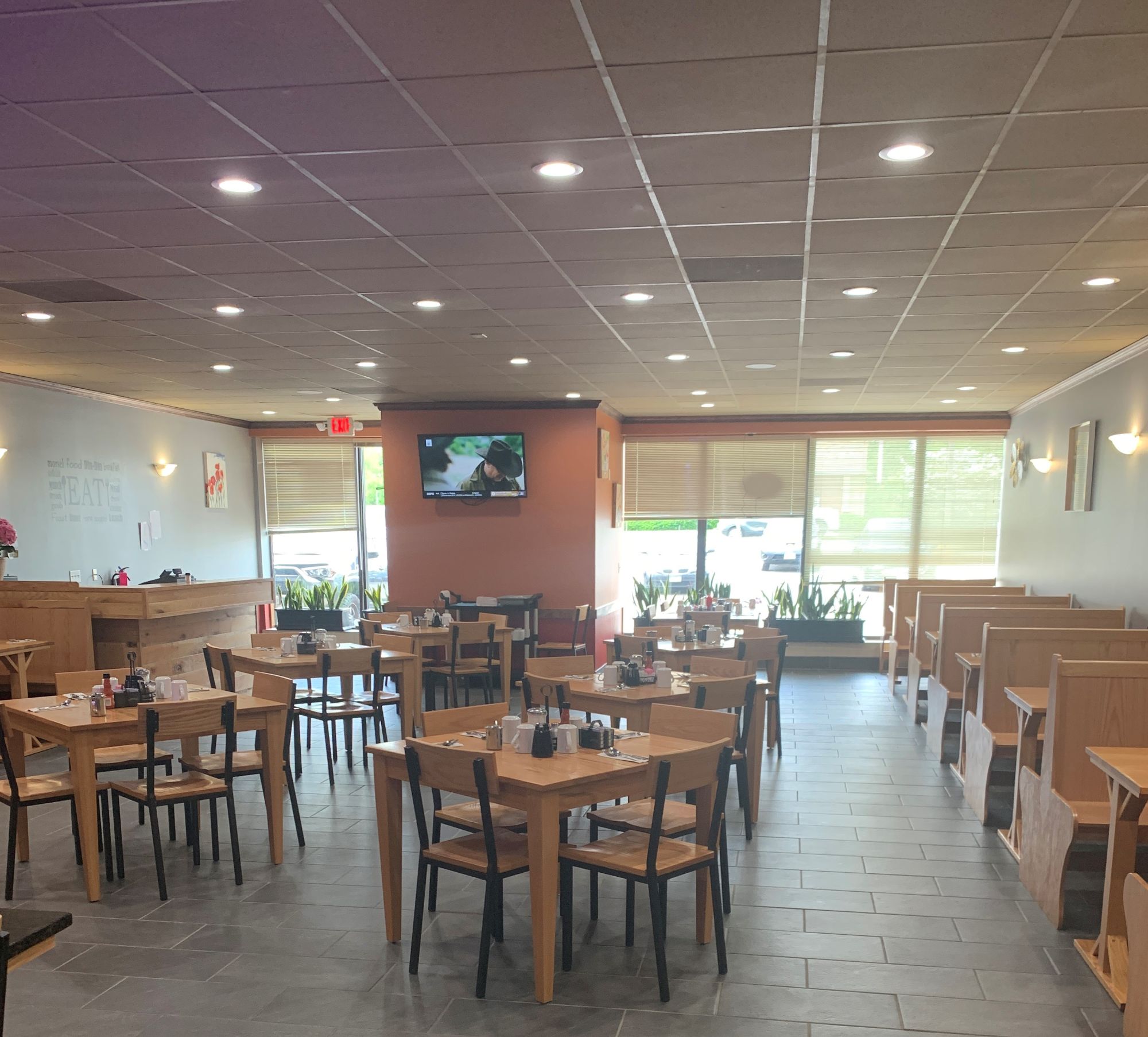 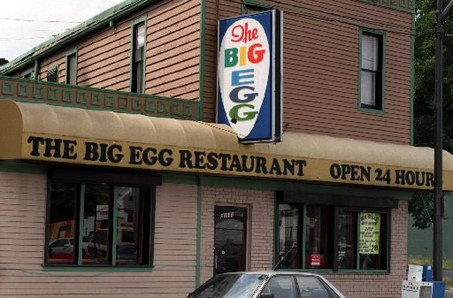 It’s a house party in a diner setting – where the food is good and the history is rich ...

The restaurant opens under its original name, The Egg Palace. Detroit at W. 52 - Open 365 days, 24 hours. Modeled like a restaurant, but diner all the way – long counter with almost all cooking done behind it, double diner-style grills with stove in between. Great hash browns – great gravy. The enigmatic slogan was: “Where the Egg is King, and the Queen is, too!” (huh? The queen is wat, king? Or an egg? Or the egg is also queen?)

The name was changed to The Big Egg, when Cleveland police officer Bobby Dunn bought the business. That’s when it got the reputation as the place to go for cops, insomniacs and anyone else needing some late-night grub. This was *the* after-hours place to go for many years and was always packed after 2:30 AM on weekends. One New Year’s Eve, Chris Dudley who played center for the Cavs, was there, seven feet tall, with a fur coat hanging off the back of his chair, the sleeves dragging on the wet floor. It was a dive that somehow became a legend, a Cleveland thing that wouldn’t make sense anywhere else. For decades the people who dined at the Big Egg and the people who complained about it were one and the same. It was always packed. Perhaps the only eatery to win Cleveland Magazine’s Silver Spoon Award and get shut down by health inspectors just 14 months later.

Sam Hamadeh bought the place after seeing its bustle and thinking it might be fun. He was proud of its history. A remodeling job removed the open kitchen and the breakfast counter. Hamadeh replaced the egg-shaped, pun-heavy menu with more traditional booklet. He also chopped the hours, opening only from 7 AM to 3 PM. Some days, it closed even earlier, but there were few customers to notice. Hamadeh said patrons were driven away by devastating PR the Big Egg encountered in 1997. “When they tell people not to visit a place, no one will,” Hamadeh says. “It did long-term harm.” He briefly ran TV commercials to combat the reports, but they weren’t enough. It seemed as though The Egg’s era was now officially over. Its license expired March 1,2002, and owner Hamadeh says he made no effort to renew it. “It’s going to be a shock for the city of Cleveland.”

The Big Egg took another crack at the restaurant business. New owner Ahmad Lababidi purchased the trademarked name and opened the doors at 6 AM February 16th. Although the décor may be different, the great food and friendly service remains. It’s a great spot for business lunches, corporate events, rehearsal dinners, pre-marathon 5 K plans and holiday parties. Even Santa shows up once a year, passing out gifts to all the children, breakfast with a smile.

Opened second location in North Olmsted and the journey continues...

Served with Hash Browns and Toast

TWO EGGS WITH HAM OR GYRO

TWO EGGS ANY STYLE With bacon or sausage

HALF ORDER OF FRENCH TOAST

HALF ORDER OF FRENCH TOAST WITH MEAT

Stuffed with Blueberry, Apple, or Strawberry

Served with Pickles
Add Soup or Salad or Fresh-Cut Fries $ 3.00

Served on white bread with Mashed Potatoes and Soup

TUNA OR CHICKEN SALAD on TOAST

CHICKEN BLT on TOAST or BUN

All Burgers are hand-packed, half pound, served with Fresh-Cut Fries, Lettuce, Tomato, and Pickle.

Served with Soup or Salad

Served with Soup or Salad

Served with Potato, Vegetable, Soup, or Salad and Dinner Roll

ROAST PORK over STUFFING or SAUERKRAUT

Served with Potato, Coleslaw, and Dinner Roll, plus Soup or Salad

(12 and under) Served with French Fries

(60 years and older) Served with Soup and Dinner Roll 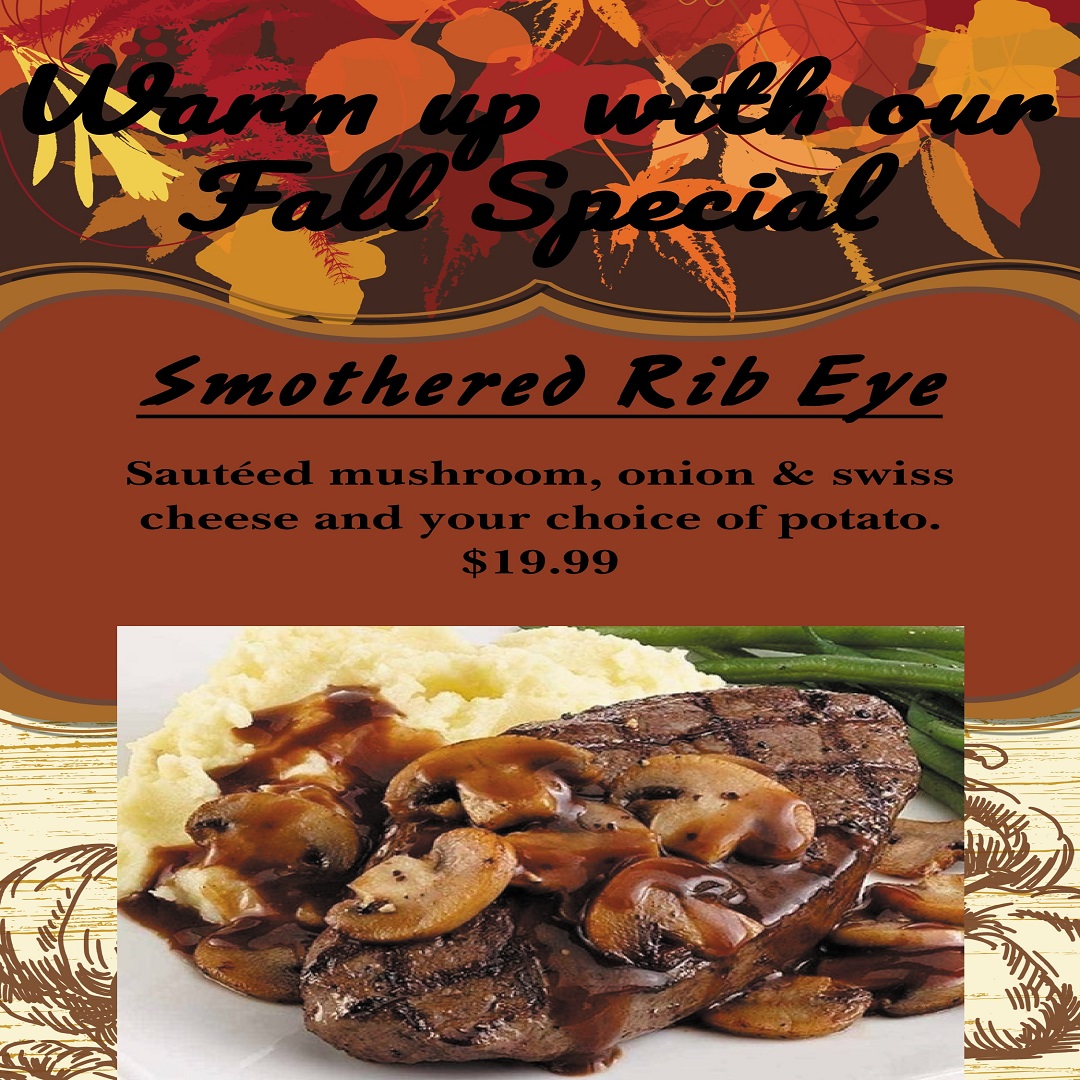 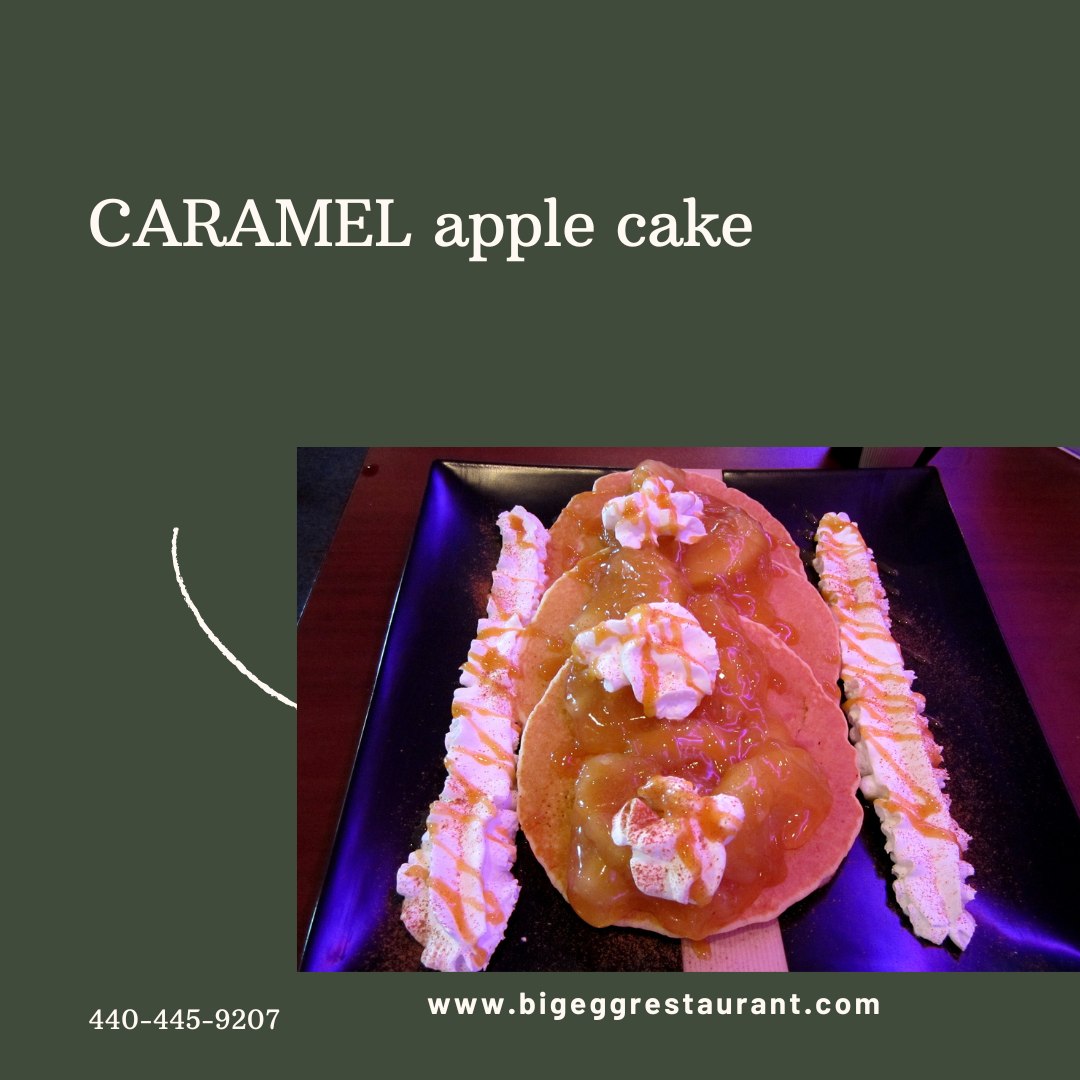 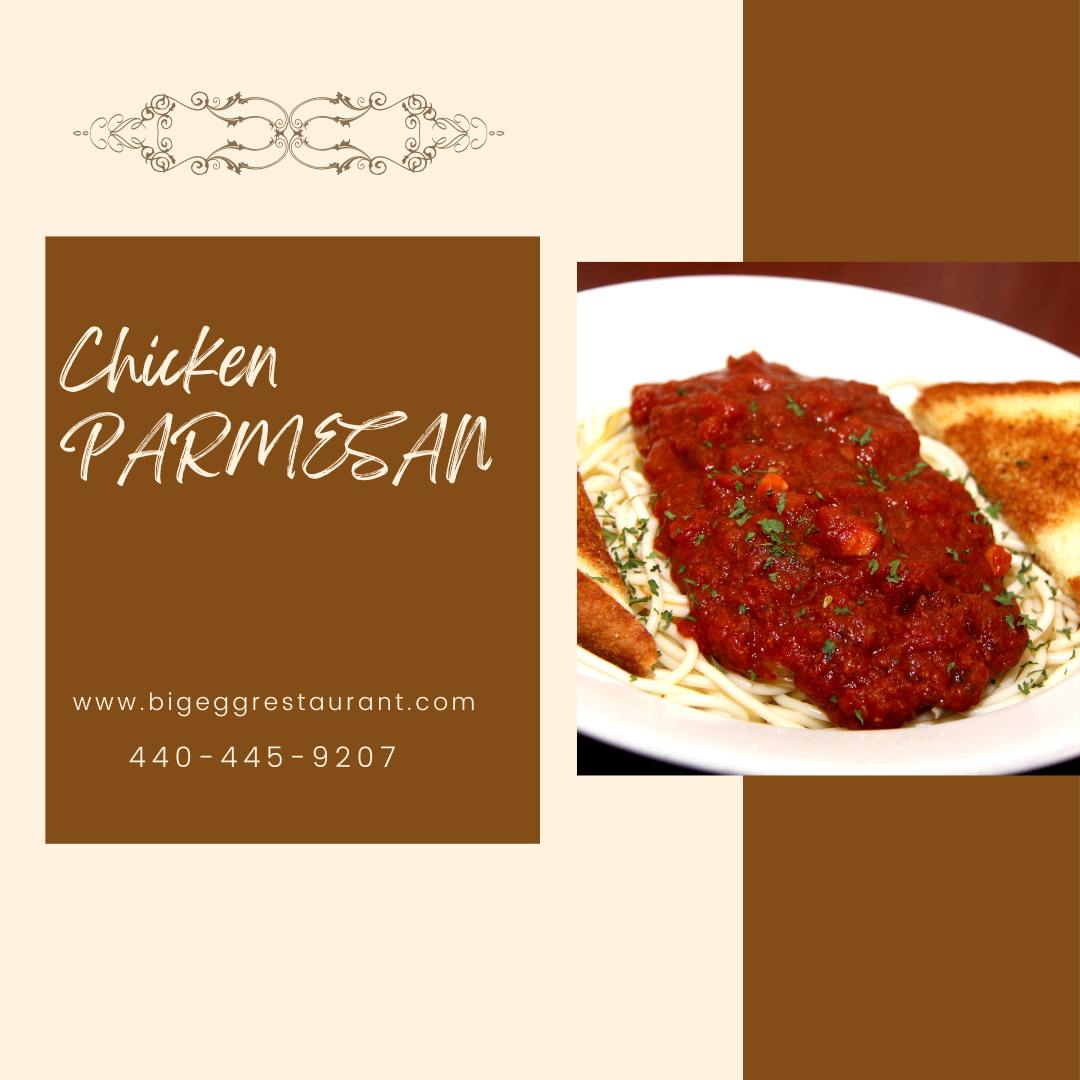 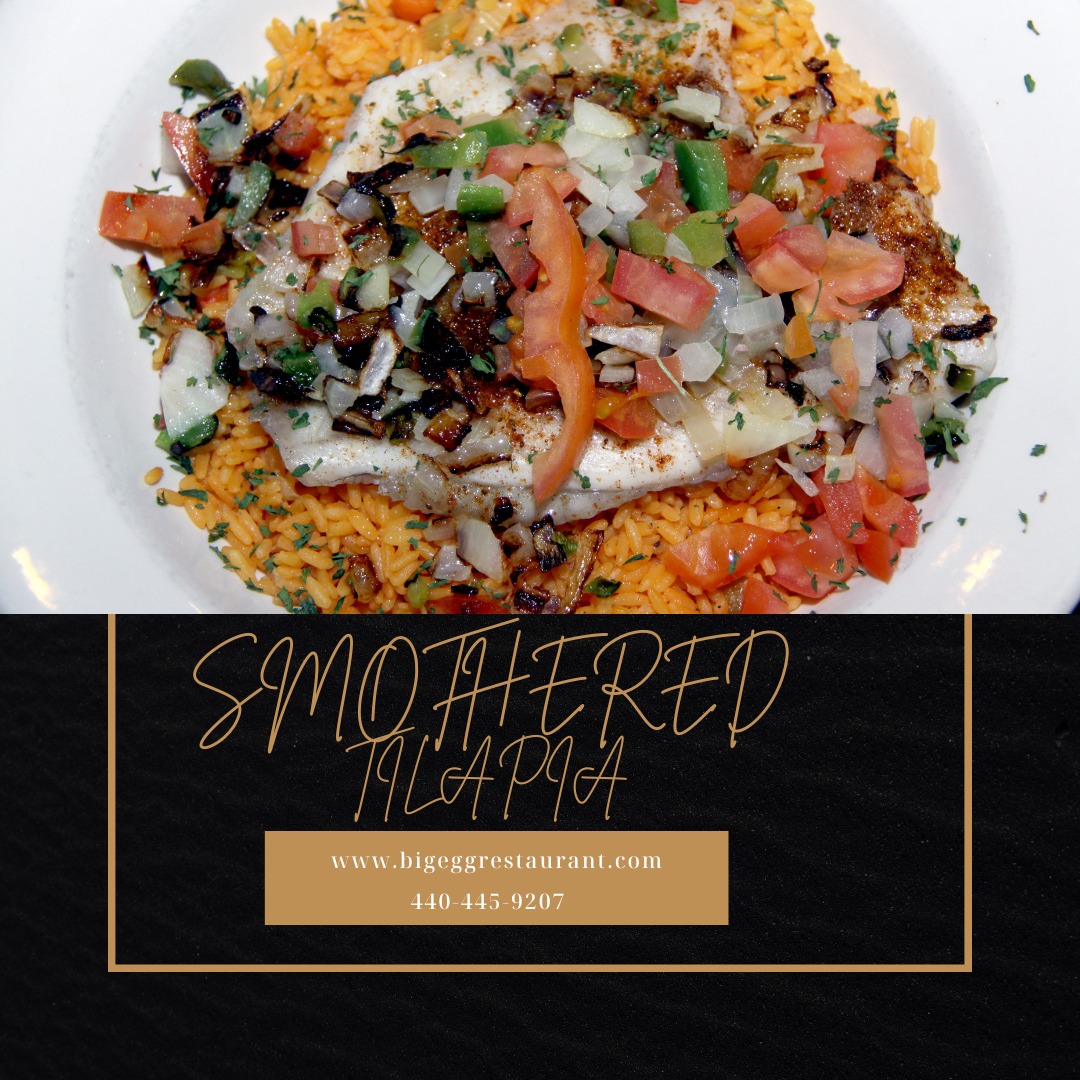